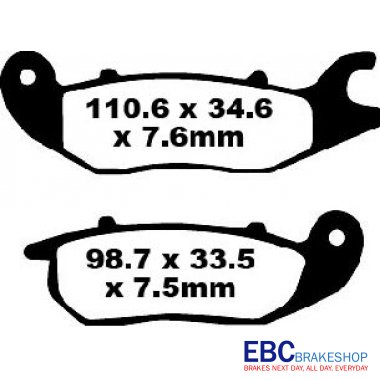 I originally purchased some cheap pads to replace the OEM ones that had worn out and after experiencing their lack of performance in the wet it was obvious that I needed to get some quality pads. Having used EBC pads on bikes in the past I purchased these and were impressed with them from the off. More bite than even the OEM pads on my CBF125, and even before the new pads had worn in they were inspiring confidence. I would recommend these as a solid set of pads for all conditions.