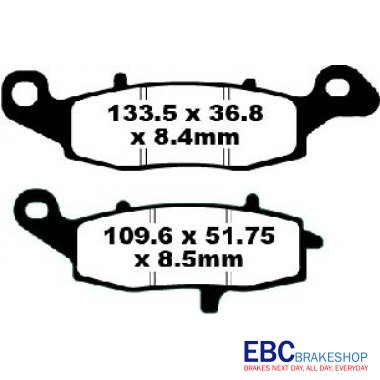 Excellent service with next day delivery as standard. The pads give much better stopping performance, grippy, progressive and no grab. Very pleased