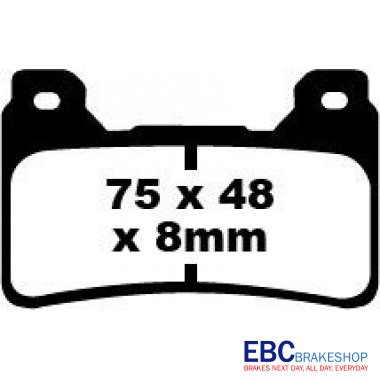 Great buying experienece, good price, quick delivery. Pads were very easy to fit and have a strong and positive feel. Fitted to a 2009 Honda CBR1000RR with ABS. Will be used for road, commute and a few track days. Very happy.