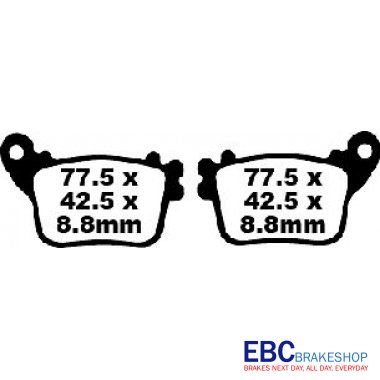 Excellent pads - so a 1000cc bike giving it the beans can now stop on a penny. Brilliant service and fast delivery. Would definitely buy these pads from these guys when due for my next pad change.